TOSHINORI KONDO “Blow The Earth” in Naraha-Town ,Fukushima,Japan. 11.Mar.2017. 近藤等則 ”地球を吹くin 楢葉町” “Blow the Earth in Naraha-cho” by Toshinori Kondo was held in Naraha-cho, Fukushima Prefecture on March 11th, 2017. Naraha-cho is a town located in Futaba-gun, Fukushima Prefecture. This town is hold by Mother Nature but also has faced on the big problem. Naraha-cho was suffered from the serious damage as a result of the earthquake of March 11th, 2011 and also the subsequent tsunami. The whole area of the town fell to the exclusion zone of 20 km around the Fukushima Daiichi Nuclear Power Plant. The town was completely evacuated by the order of the town. The evacuation order was completely lifted on 4th September 2015. Restoration efforts by citizens of the victims’ towns caused by the earthquake itself began in 2016. Mr. Kondo played for those who are still facing on the conflict and also for human beings. Kondo has continued to concentrate on music alone in the nature. But that was the moment the sound of Kondo was truly connected to the people. “Blow the Earth in Naraha-cho” by Toshinori Kondo brings you such a great time. Please check it out the live performance of Kondo. His journey has still goes on. 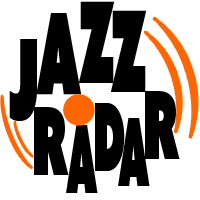